Snowflake towns and an Oxford Metro

This new report commissioned by Oxford Civic Society, undertaken by Dr Nicholas Falk of URBED and based on five years of work, considers how central Oxfordshire should respond to the pressures for new housing. It follows the Society’s 2014 report “Oxford Futures: achieving smarter growth in Central Oxfordshire”, which called for “a spatial growth plan and a charter for sustainable development”. It is published as a contribution to work on the Oxfordshire 2050 plan and the Cambridge – Milton Keynes – Oxford arc.

The report recommends that development should be concentrated around existing and new stations on the local rail network in Central Oxfordshire and Oxford, including the re-opened Cowley branch, and on the 200 acres of under-used land around a rebuilt central Oxford railway station. Applying the SwiftRail concept, frequent and fast local rail services will take traffic from congested roads and form the core of an integrated public transport network for Central Oxfordshire. We are calling this the ‘Oxford Metro’. Over time, main bus routes serving the city would be upgraded to ‘rapid transit’, and the city’s first tram line would be built from Botley to the Headington hospitals and university campuses.

Oxford has to change to meet increasing competition if it is to maintain its international position. This report draws on the experience of Oxford’s twin city of Grenoble and the comparable cities of Freiburg and Cambridge.  There have been nine consultations with experts, including a symposium at the Houses of Parliament. Joining transport and development will improve public health by cutting car mileage. It will also help tackle Oxford’s housing crisis by mobilising land and finance. It will put under-valued assets to better use.

There is a two-page summary of the report here. The complete illustrated report “Oxfordshire Futures 2050: a smarter vision for central Oxfordshire” is free to download or read online. 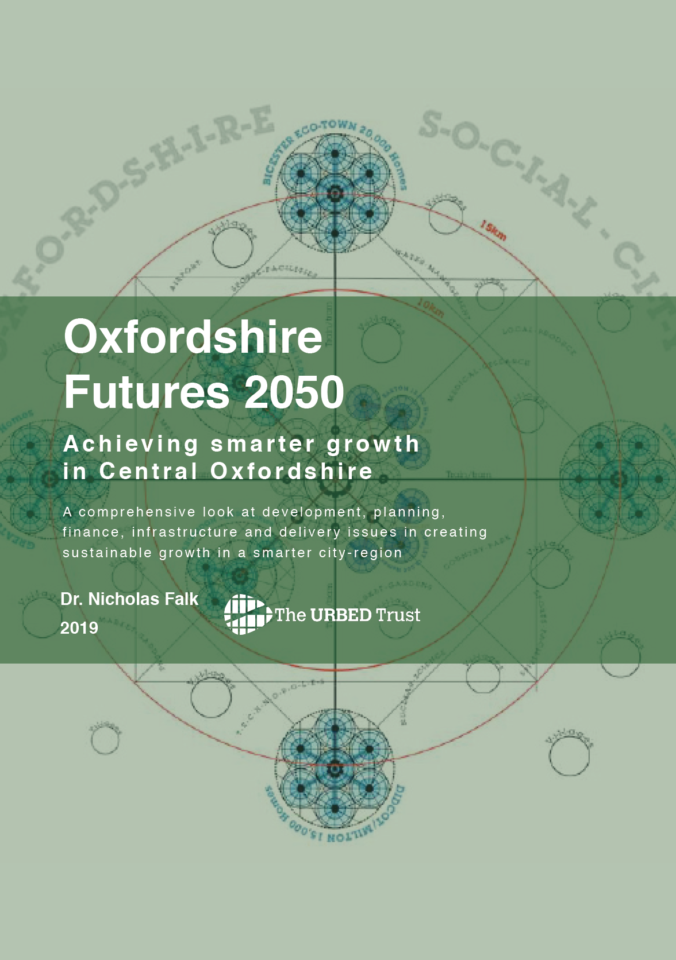